Energy within the systems

Leonardo searched through drawing to understand universal principles and the living energy within these systems. Through intense observation he developed a rational approach in his search for suitable forms. 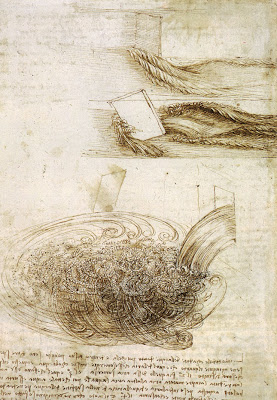 “The mind of a painter must be like a mirror, which always changes to the colour of the thing that is in front of it and is filled with as many images as there are things before it”.

He was scientifically driven to understand the visible motion of waves and currents and needed to communicate the power of water to move and destroy. Initially he visually describes the construction of water and the patterns that continually emerge. 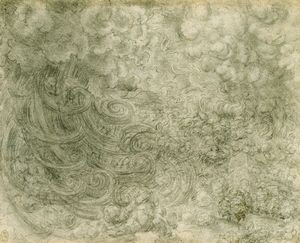 Leonardo - Coils of rain and lightening 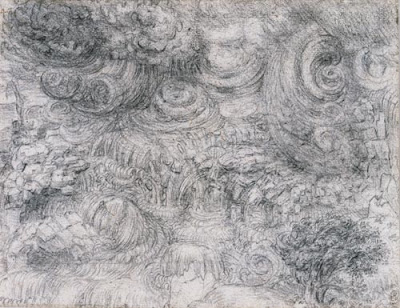 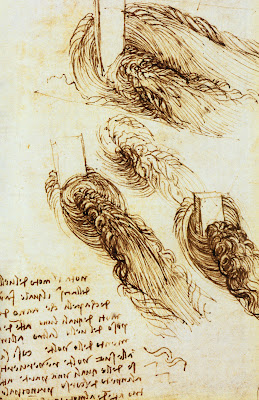 The Royal Collection: A deluge﻿

“The artist who paints according to his talent and his eye, without using his mind, is like a mirror reflects everything that stands before it, without knowing what it is”.

Leonardo connects man and the world, breathing with the ebb and flow of blood as rivers and bones as mountain ranges which he describes as “Chains of the World” and they are determined by the flow of waters rain, hail, snow, melted ice. In his Deluge series he developed a visual reality from his thoughts of unseen events, what might happen if... repetition and changes of scale express apocalyptical possibilities.
So it becomes landscape in a flux, storms, the end of the world as it returns to an original state of chaos, that is the natural state of the world.

He kept hese drawings as an archive that he could return to when answering visual problems, (they were found in his studio at his death) but were they able to be understood at that time by the observer? 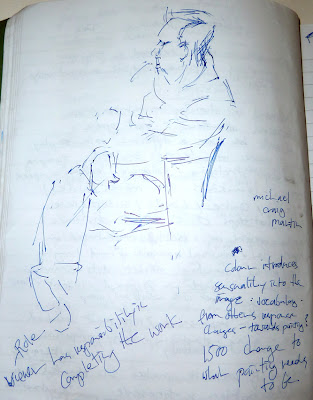 Michael Craig Martin talking at the National Gallery
Posted by jill evans at 16:39