Wandering through the summer 2012

A gathering of connections I found this summer.

The Robinson Institute goes on a fictitious walk in the British landscape, bringing together global politics, economics and history related though objects, book, film and a selection of work from the Tate collection. The presentation of this disparate collection is the linking factor.

A design for the Morris car in 1962 prompts a sudden awareness that the more I look, the more connections appear personally relevant to my own history and old photographs. Am I a viewer or part of this history?

Family history from Access to Archives
A.J. Dawson came from an old engineering family, with a grandfather
who was a co-worker with George Stephenson on his 'Rocket' steam
engine, A.J. Dawson spent some years with the Hillman Motor
Company rising to works manager and where he designed the 1913
Hillman Nine. In June 1918 he left to set up the Dawson Company to
produce his own car the 11-12 hp Dawson, a well-designed
and high quality car launched in 1919.

The company was wound up in 1921 as it couldn't compete with cheaper cars such as the Morris but my family continued to speak out for the workers and family lore states that they asked the question that prompted Lloyd George's speech a 'land fit for heroes...'

Letter to the Right Honorable David Lloyd George, PM, from the
Managing Committee of the Fund relating to an event arranged
(including a horticultural show, a concert, and dancing) to take
place at Pinley House, Coventry, in an attempt to remove 'the
apparent misunderstanding between capital and labour' classes,
which requests that the PM attend and speak a few words.


Chelsea BA Show - Very professional with widely varied work, several referring to past artists, some are fun like the white room with draughty holes, the leaking, crumpled black lumps and several others are weirdly new but with lots of space for everyone it looked good. 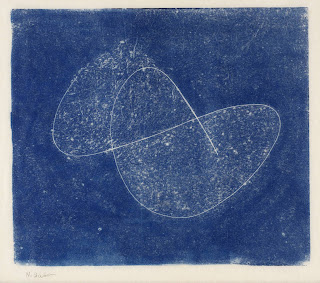 Cork Street - Karl Hyde - What's going on in your head when your dancing? 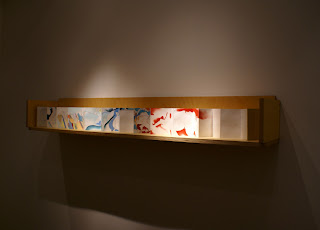 It's the movement he sees internally as he moves on stage. I have just started working in this type of concertina sketchbook, the presentation here looks good. The lighting helps avoid a clinical no touch museum aesthetic but accentuates the commercial. 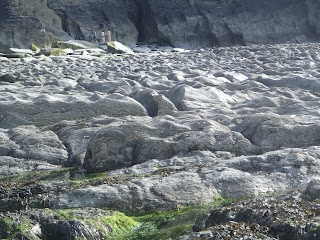 Hartland Quay view from the slipway, a collision of two super continents caused the buckled and folded layers. 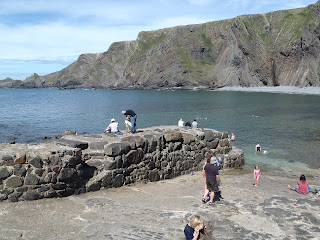 Leonardo da Vinci - Anatomist
http://www.royalcollection.org.uk/exhibitions/leonardo-da-vinci-anatomy/items
Fascinated by how da Vinci needed to understand every element of movement, he injected molten wax into the aortic valve of an ox heart to make a glass mould. He observed the movement of grass seed and water as the eddies formed, vortices which are vital to close the heart valve at the end of each beat. Discovering and recording something not to be confirmed by scientists until the 20th century. 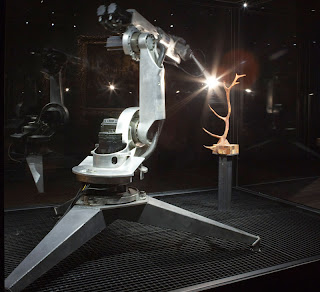 
Druids Grove - Walking down the pathway opposite Box Hill as it steeply descends into the ancient grove I am in awe of the way the ground disappears and how these massive (hundreds of years) old yew trees rise vertically from the severity of the incline. Turner Contemporary, Margate - Tracey Emin, She Lay Down Deep Beneath The Sea
Inside is Tracey Emin's love for art, beyond is the 'infinite vastness of the sea' as described by the exhibition guide. Bachelard in the ' Poetics of Space' discusses Baudelaire's use of the word vast as something that has to be spoken, vocal, as a breath that recalls infinite calm. Emin's blue figure is laying on the seabed implying emotion, love, loss and loneliness. Emin in conversation with Stephen Fry wants to draw with her own voice,
'I want to get rid of realistic drawing, I don't want it now'. 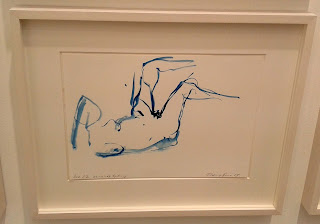 Jerwood Drawing Prize - Keen to see how the drawings would be presented at the Jerwood Gallery. I was student help during the judging process, and it was good to see the concentration and respect given to all works.
'The successive parade of drawings seemed at times endless, it became apparent that their sheer variety was testimony to the vitality of contemporary drawing in this country'. Stephen Coppel
Unfortunately the excess of variety and quantity has overfilled the gallery space.

Birmingham Museum - Interestingly the traditional paintings hung in the entrance gallery show views of the rural idyll opposite the power of natures forces.

Ikon Gallery - I am taken back to the 1960s in the Ikon gallery with the colour and clean simple lines of Tony Arefin's graphics from the late 1980s. He often credited it Arefin & Arefin to jokily assume a corporate brand and imply multiple identities. The installation of his work gives the appearance of an open and accessible display and the innovative coloured metal concertina shelf  is an effective idea, but I am not allowed to touch. However I can handle several books in the resources room and I really want to look at the Arefin designed Jasper Morrison book he made after giving a talk that shockingly actually contained no words 'A world without words'. 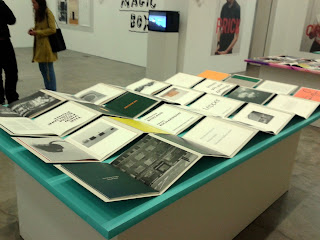 Yael Bartana's very moving trilogy of films And Europe Will Be Stunned is a cry for the 3.3 million missing Jews to return to Poland, the country needs their difference. The actors speech is made to an empty, abandoned and overgrown stadium. 'With one colour, we cannot see. With one culture, we cannot feel...'

The next room shows a happy group of workers who rejoice as they build a wooden structure in what appears to be a rural idyll. The construction finally reflects a Nazi concentration camp with barbed wire and tower. The total happiness inside is a troubling concept.

In the final film death brings the people together it's 'a new utopian vision of collective unity that acknowledges difference and competing voices'  says the exhibition guide.

Wolverhampton Art Gallery - Looking for the Industrial paintings of Edwin Butlers Bayliss’ Black Country.  The son of a local ironmaster, his iron working and mining scenes were inspired by the changing landscape of the 19th century, (unfortunately the date is misprinted in the catalogue, it doesn't start until January). However I do find a print of Elizabeth, or Big Bertha as she is known at home, a huge blast furnace that dominated the local housing estates, built on disused collieries. She was demolished with the decline of the steel industry, this print is a poignant reminder of that industrial landscape. Invention and innovation created and transformed the Black Country out of a rural countryside and this estate was built to house steel workers. Big Bertha's demolition in 1980 has definitely improved the view but unemployment has ended this new utopia.

Frieze Art Fair, London – Grander than previous years and the art is shinier and a little more decorative (not necessarily a good thing).


Below are a few examples of the artist showing paper works: 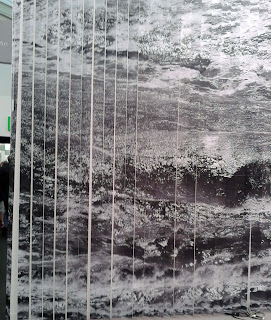 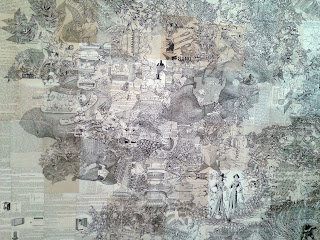 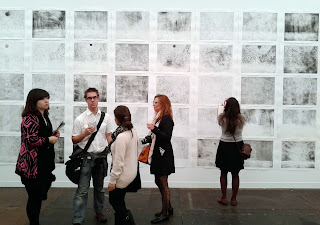