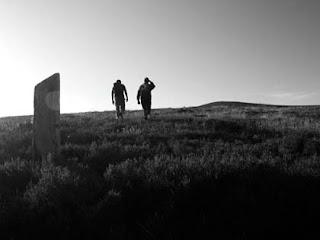 We meet walking artist Simon Pope, we cross the park and chat without really noticing what's around. He escorted us out of the park as his contribution in 'Walk On'. We re-enter and admire the blossom and trees on the way back. We sit at the kiosk, eat ice cream and people watch.
Posted by jill evans at 15:19